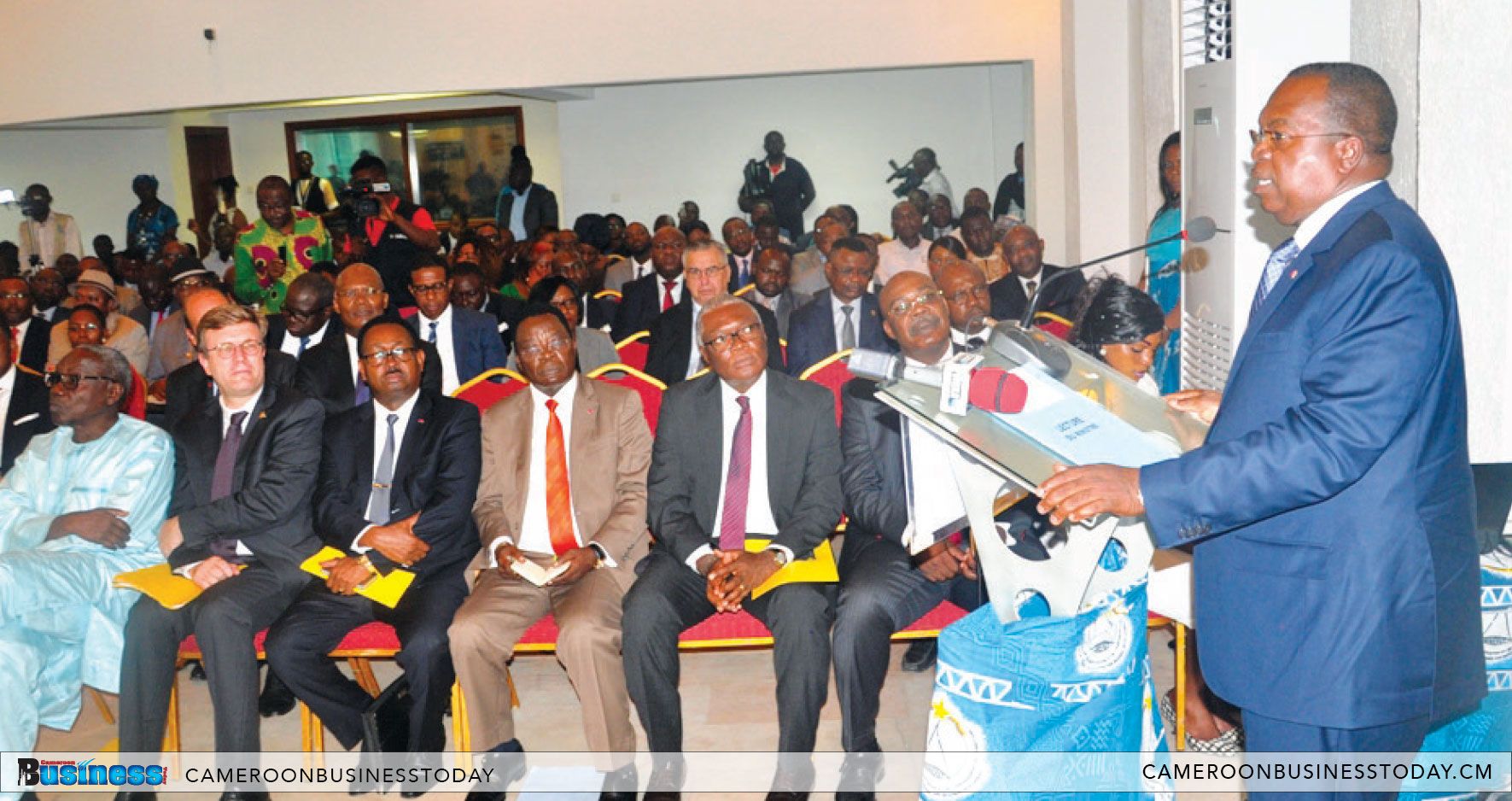 In order to make the economy resilient to external shocks owing to fluctuations in the prices of raw material like oil and cocoa, the Minister of Economy, Planning and Regional Development, Louis Paul Motaze, Tuesday February 20 began holding a two-day consultation meeting with the private sector at the conference hall of GICAM in Douala. The get-together seek to explore ways of diversifying the economy so as not to be dependent on oil and primary products. Speaking during the opening ceremony, Louis Paul Motaze said “We are in crisis, the economic crisis is there, and we know the causes; the drop in prices of crude oil, cocoa as well as security challenges and all these affects our economy and that of the sub region.”

The Minister disclosed that Cameroon resist better than other neighbouring countries living the same crisis. The crisis that made President Paul Biya to convene a meeting with Central African leaders in December 2016 in Yaounde to examine the causes of the crisis and propose concrete solutions. The said meeting ended up with 21 recommendations amongst which was the call for the private sector to play a primordial role in the diversification of the economy. It is for this reason that Minister Motaze is meeting with the private sector to work together not only to propose solutions but equally move to action. “We are here to know what we can do to render the private sector play its important role for the rebirth of a vibrant economy,” the Minister reiterated.

The Douala meeting, holding on the theme: “Economy Diversification and Local Processing of Products,” will establish the type of partnership to be put in place that will foster the activities of the private sector, draw up strategies for the diversification of the economy as well as seek ways to process greater part of raw materials locally.

The President of GICAM, Celestin Tawamba said for the private sector to be ambitious and performant, measures have to be put in place to encourage competitiveness. He said GICAM hasn’t got any other objective than to contribute and make the country a paradise for investment. For the above to happen, MINEPAT has to be a locomotive of dialogue and that the private sector counts on the Minister to channel their concerns to the government. The continues drop in economic growth from 6 per cent in 2015 to 4.6 per cent in 2016 and then 4 per cent in 2017, the principal cause is the fall in price of crude oil, accentuated in Cameroon by security concerns in the Far North, East, South West and North West Regions of the country.