Accueil / Made in Cameroon / En vitrine / World of Flavors : Secret of Good Cooking 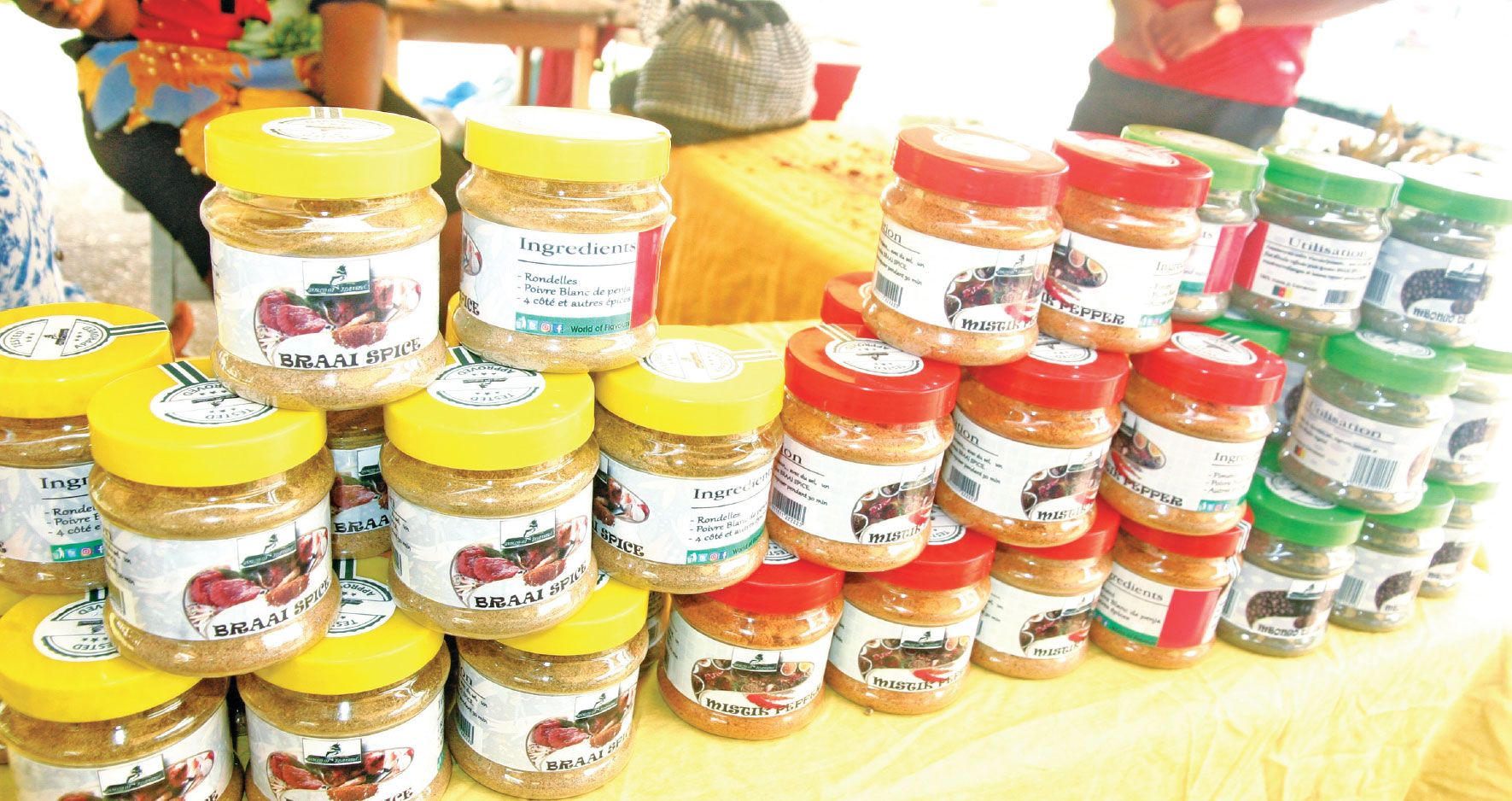 Many spices users are ignorant of the composition and virtues of the natural plants. Some use the same spices to season all types of soups and vegetables. Some even use stew spices in vegetables and others put “mbongo” spices in tomato sauce which makes the food taste bad in the mouth. On hand to arrest the situation is “World of Flavours”, a small and medium-sized enterprise that processes spices from original and natural African plants and nuts. Laure Diane Penda, who returned from Europe and dived into the field of spices a month later, disclosed that Cameroons natural resources are underexploited. “I returned to exploit the natural resources in the spices sector. While out of the country, I discovered I could make more money from the processing of spices, make a name and contribute in building my country”, she poised.

Laure Diane Penda, who discovered that she has been looking beyond when what she is looking for is right in front of her, produces three main kinds of spices; mbongo,  mistick pepper, and braai, composed of various village spices, including Penja white pepper. She produces 1,000 containers each of the three major spices with a net weight of 200 grams per container monthly. The 200g of the natural spices sells at FCFA 800 for Mbongo, FCFA 1,200 for mistick pepper and FCFA 1,500 for braai. Though she has been processing spices for so short a time, she made her intensions on increasing production known when she said she will not only supply supermarkets in Douala and Yaounde, but will strive to extend her tentacles in the other regions and why not the CEMAC Sub-Region. For the moment she disclosed she has partners abroad who commercialise tropical products. Those who know her spices also buy reasonable quantities when they visit home.

“World of flavours” has been and is still being appreciated by many including those on Facebook. “The encouraging feedbacks I get on Facebook always inspires me to do more though the packaging is expensive,” she disclosed.

As any other start-up, “World of Flavours” lacks adequate finances to produce industrial quantity. With a financial push to the sector, she is poised the importation of spices will reduce or be halted since there are people in the sector with enormous technological prowess. Many have the impression that all imported goods are better than homemade, which is not always the case. Consuming Cameroonian will help halt importation. The small enterprise that has just five employees including the promoter, started with a capital of less than FCFA 1 million.