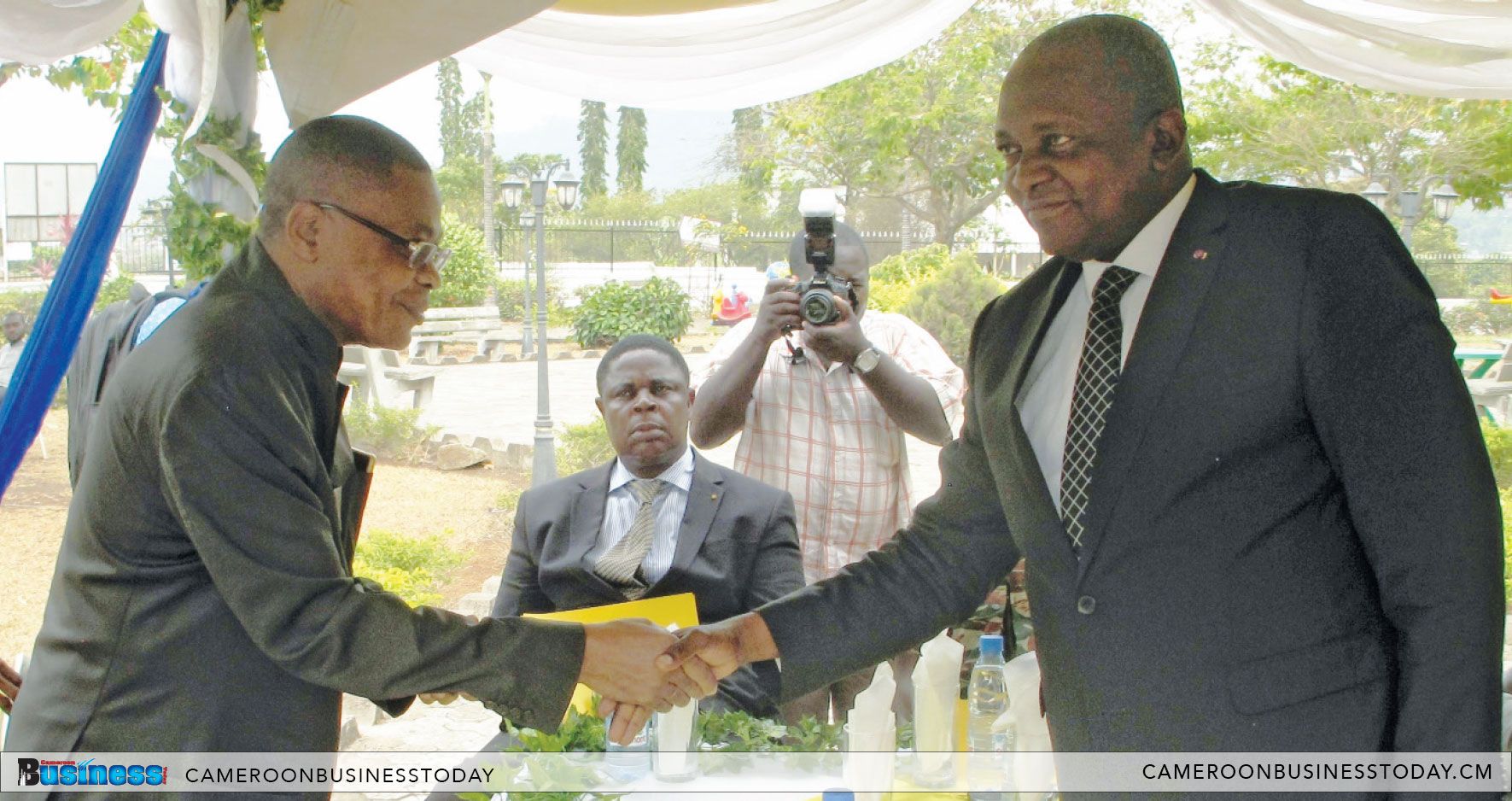 They marked their World Day in Limbe exposing their challenges and proposing solutions.

Corruption, maritime sophisticated piracy, multiple controls after customs clearance, frontier porosity and ignorance of traders in fiscal culture are some of the challenges decried by the customs in the border zone of the South West Region. These ills that make the custom work cumbersome were brought to the lime-light in a research presented by Fourou Kerbai Ferdinard, senior inspector of customs, as the corps marked their annual day last 9 February, 2018 in Limbe. He titled his paper, “Douane et facilitation des échanges”. In the presence of Governor Bernard Okalia Bilaï who chaired the occasion, the Customs Sector in the Region received their newly appointed peers and resolved to better up their work to furnish the state treasury with the needed cash flow.

The Chief of the South West Customs Sector, Awono Nbede Thomas, rejoiced that their World Day offered an opportunity to share the threats, the perils and dangers that accrued from the continuous abondance of international exchanges. He said it was also occasion to open up dialogue with the business class, revitalise dormant partnerships and rebuild confidence in exports and imports.

The South West Region harbours in addition to clandestine routes, chiefly outlets to the sea known to constantly journey goods into and out of the country. They are 13 distributed as such in Manyu Division: Akwaya, Ekok and Eyumojock. In Ndian Division: Ekondo Titi, Bamusso, Mundemba, Kombo Abedimo, Isangele, and Idabato. Meme Division has Mbonge as a transit point. In Fako Division, the exchanges pass through Limbe, Tiko and Idenau. The goods, mainly plastics, cosmetics, beverages, textile, artificial hair, electronics, motor-bikes and spare parts, come from frontier markets in Nigeria like Kalabar. Meanwhile Cameroon exports mainly foodstuff eru, cabbage, Irish potatoes, carrots, salads, and vegetables.