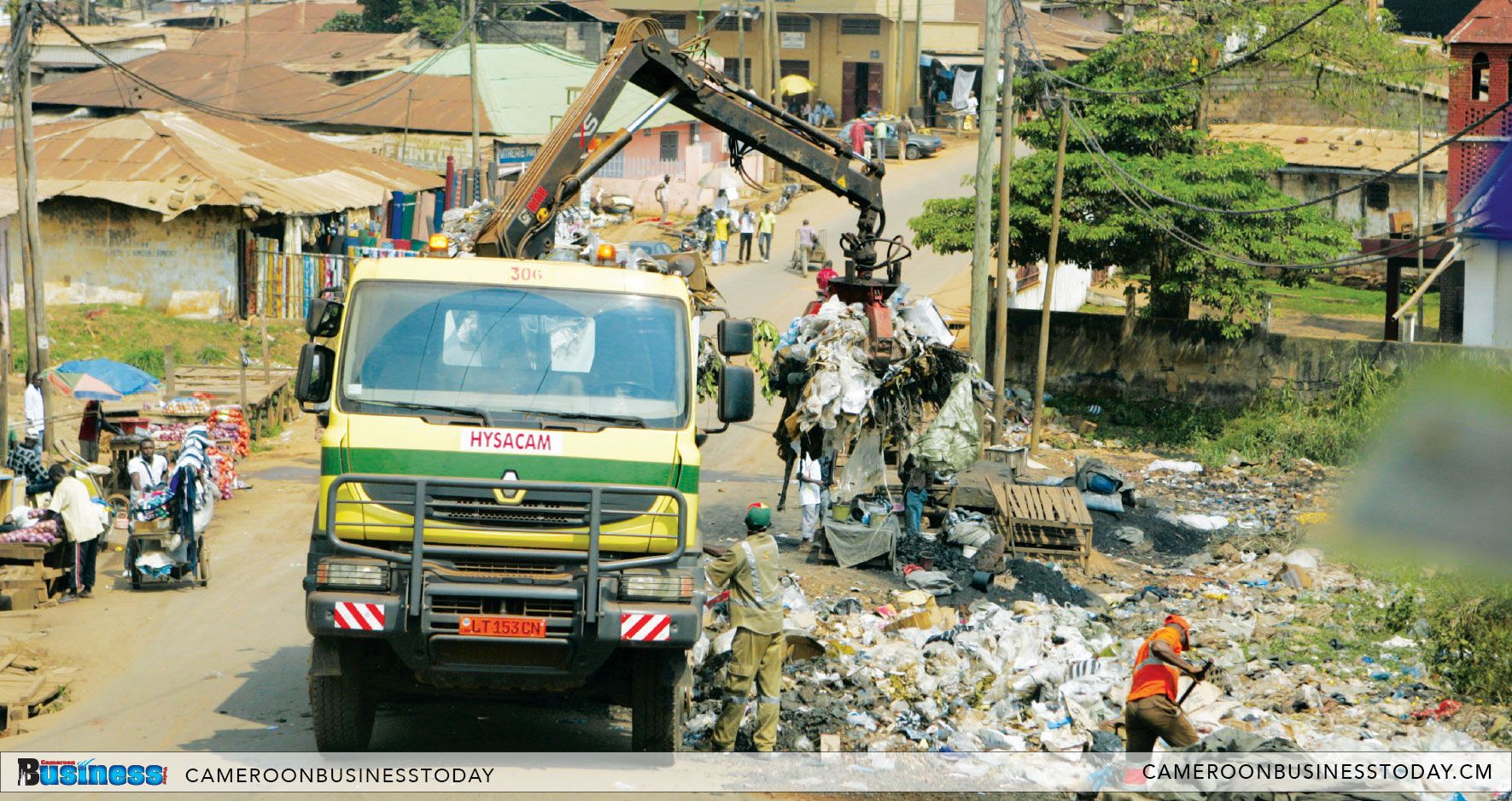 Urban Waste Collection, Treatment : Why The Sector Is Liberalised

The streets of Yaounde, Cameroon’s capital city just like many other urban dwellings in the country are filthy. It is common place to find household waste in heaps on road pavements and in some other cases, overflowing dustbins. Commuters around the Acacias market and Biyem-Assi Lac neighbourhoods have hardly hard pure air as the stench from the dirt that go for weeks without collection is unbearable.  The Hygiene and Sanitation Company (HYSACAM) that enjoys monopoly in the garbage collection and treatment business in the country apparently lacks the capacity to adequately carry out its task in the 17 cities and towns across the country where it is operating.  The waste disposal company is facing several hiccups that perturb its mission of keeping the cities clean. HYSACAM officials, however, still hold that the company is up to the task despite increasing quantity of household waste produced everyday as a result of the exponential growth in population. The company collects 5000 tons of household waste daily, 1000 tons of which are collected in Yaounde alone.

The amount of household waste on the streets in Yaounde, for example, is prove the garbage collection and disposal company is in real difficulties. HYSACAM says the government owes them accrued debts amounting to about 48 per cent of the enterprise’s capital while councils owe about FCFA 4 billion. This situation has rendered operational activities difficult especially fuelling of the trucks as well as their maintenance. HYSACAM’s terms of contract with the State, we learnt, stipulate that the government foots 80 per cent of the costs while the respective councils, where the company operates, takes care of the remaining 20 per cent.

Following the difficulties faced by HYSACAM in effectively cleaning the capital city, the Minister, Secretary-General at the Presidency of the Republic, Ferdinand Ngoh Ngoh on January 25, 2018 signed a correspondence to the Secretary General of the Prime Minister’s office transmitting the Head of State’s instructions on the need to open waste collection and treatment activities to competition. Ferdinand Ngoh Ngoh’s correspondence calls on the Permanent Secretary at the PM’s office to laisse with concerned administration in order to take appropriate measures for the putting in place of tender procedures to liberalise the sector.  It also stipulates that the tender should envisage the possibilities for interested enterprises to submit bids for towns, cities or group of cities or sub-divisions.

So far, the waste collection and treatment business is not yet open as the tender is still to be launched by the competent authorities. HYSACAM, created in 1969, is still the lone actor covering some 17 cities in the country, with about 500 trucks and 5000 workers to keep the cities clean.